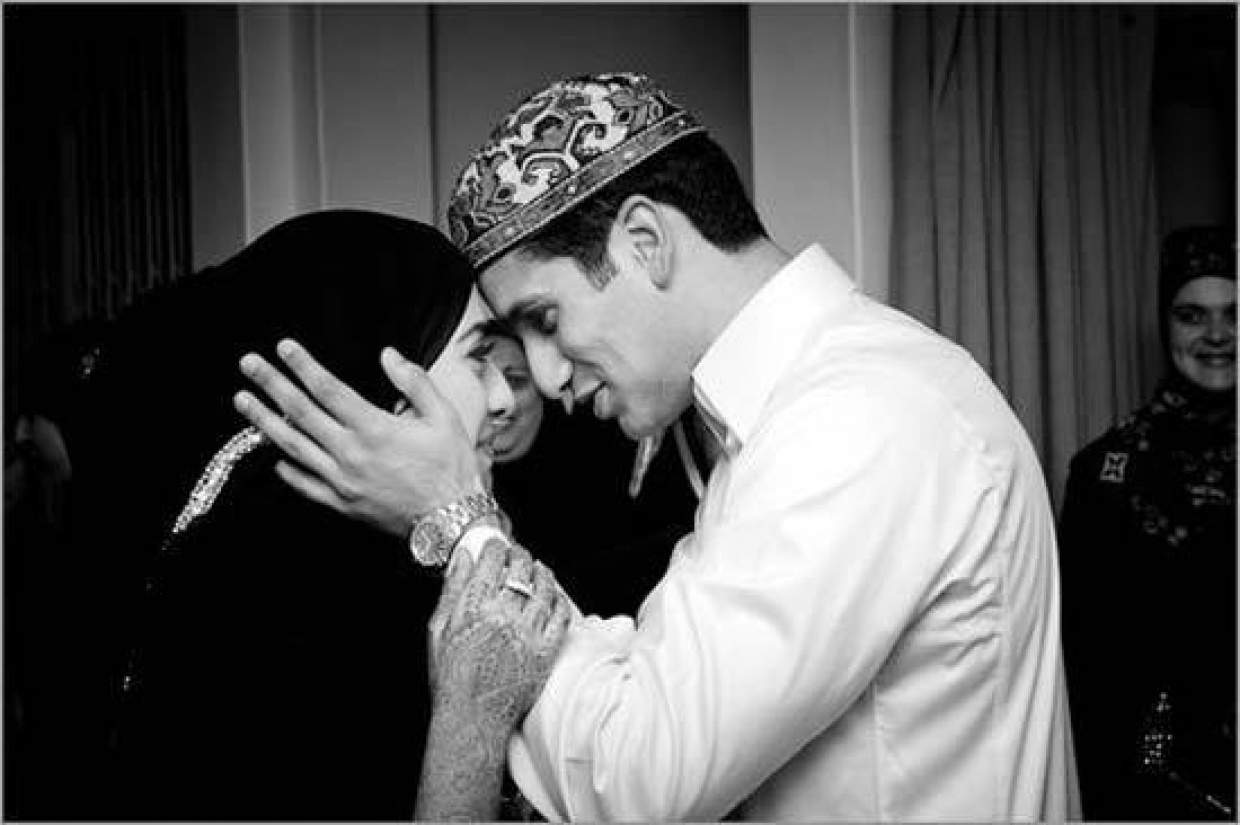 The passengers on the bus watched sympathetically as the attractive young woman with the white cane made her way carefully up the steps. She paid the driver and, using her hands to feel the location of the seats, walked down the aisle and found the seat he had told her was empty. Then she settled in, placed her briefcase on her lap and rested her cane against her leg.

It had been a year since Safiya, thirty-four, became blind. Due to a medical misdiagnosis she had been rendered sightless, and she was suddenly thrown into a world of darkness, anger, frustration and self-pity. Once a fiercely independent woman, Safiya now felt condemned by this terrible twist of fate to become a powerless, helpless burden on everyone around her. “How could this have happened to me?” she would plead, her heart knotted with anger. But no matter how much she cried or ranted, she knew the painful truth her sight was never going to return.

A cloud of depression hung over Safiya’s once optimistic spirit. Just getting through each day was an exercise in frustration and exhaustion. And all she had to cling to was her husband Meraj.

Meraj was an Air Force officer and he loved Safiya with all of his heart. When she first lost her sight, he watched her sink into despair and was determined to help his wife gain the strength and confidence she needed to become independent again. Meraj’s military background had trained him well to deal with sensitive situations, and yet he knew this was the most difficult battle he would ever face. Finally, Safiya felt ready to return to her job, but how would she get there? She used to take the bus, but was now too frightened to get around the city by herself. Meraj volunteered to drive her to work each day, even though they worked at opposite ends of the city.

At first, this comforted Safiya and fulfilled Meraj’s need to protect his sightless wife who was so insecure about performing the slightest task. Soon, however, Meraj realized that this arrangement was not working – it was hectic, and costly. Safiya is going to have to start taking the bus again, he admitted to himself. But just the thought of mentioning it to her made him cringe. She was still so fragile, so angry. How would she react? Just as Meraj predicted, Safiya was horrified at the idea of taking the bus again. “I am blind!” she responded bitterly. “How am I supposed to know where I am going? I feel like you are abandoning me.”

Meraj’s heart broke to hear these words, but he knew what had to be done. Meraj promised Safiya that each morning and evening he would ride the bus with her, for as long as it took, until she got the hang of it. And that is exactly what happened. For two solid weeks, Meraj, military uniform and all, accompanied Safiya to and from work each day. Meraj taught her how to rely on her other senses, specifically her hearing, to determine where she was and how to adapt to her new environment. Meraj helped her befriend the bus drivers who could watch out for her and save her a seat.

Meraj made her laugh, even on those not-so-good days when she would trip exiting the bus or drop her briefcase. Each morning they made the journey together and Meraj would take a cab back to his office. Although this routine was even more costly and exhausting than the previous one, Meraj knew it was only a matter of time before Safiya would be able to ride the bus on her own. Meraj believed in her, in the Safiya he used to know before she would lost her sight, who was not afraid of any challenge and who would never, ever quit. Finally, Safiya decided that she was ready to try the trip on her own. Monday morning arrived, and before she left, she threw her arms around Meraj, her temporary bus riding companion, her husband, and her best friend. Her eyes filled with tears of gratitude for his loyalty, his patience, his love.

Safiya said good-bye, and for the first time, they went their separate ways. Monday, Tuesday, Wednesday, Thursday… Each day on her own went perfectly and Safiya had never felt better. Safiya was doing it! She was going to work all by herself! On Friday morning, Safiya took the bus to work as usual. As she was paying for her fare to exit the bus, the driver said, “Sister, I sure envy you.” Safiya was not sure if the driver was speaking to her or not. After all, who on earth would ever envy a blind woman who had struggled just to find the courage to live for the past year? Curious, she asked the driver, “Why do you say that you envy me?” The driver responded, “It must feel so good to be taken care of and protected like you are.” Safiya had no idea what the driver was talking about, and asked again, “What do you mean?” The driver answered, “You know, every morning for the past week, a fine looking gentleman in a military uniform has been standing across the corner watching you when you get off the bus. He makes sure you cross the street safely and he watches you until you enter your office building. Then he blows you a kiss, gives you a little salute and walks away. You are one lucky woman.”

Tears of happiness poured down Safiya’s cheeks. For although she could not physically see him, she had always felt Meraj’s presence. Safiya was lucky, so lucky, for he had given her a gift more powerful than sight, a gift she did not need to see to believe – Gift of Love that can bring light where there had been darkness … Surely Noble Qur’an says: “The Believers, men and women, are protectors one of another: they enjoin what is just, and forbid what is evil: they observe regular prayers, practice regular charity, and obey Allah and His Messenger. On them will Allah pour His mercy: for Allah is Exalted in power, Wise.”

STORY TIME: WHY DON’T WE HAVE KIDS

Beautiful Story Of A Married Couple