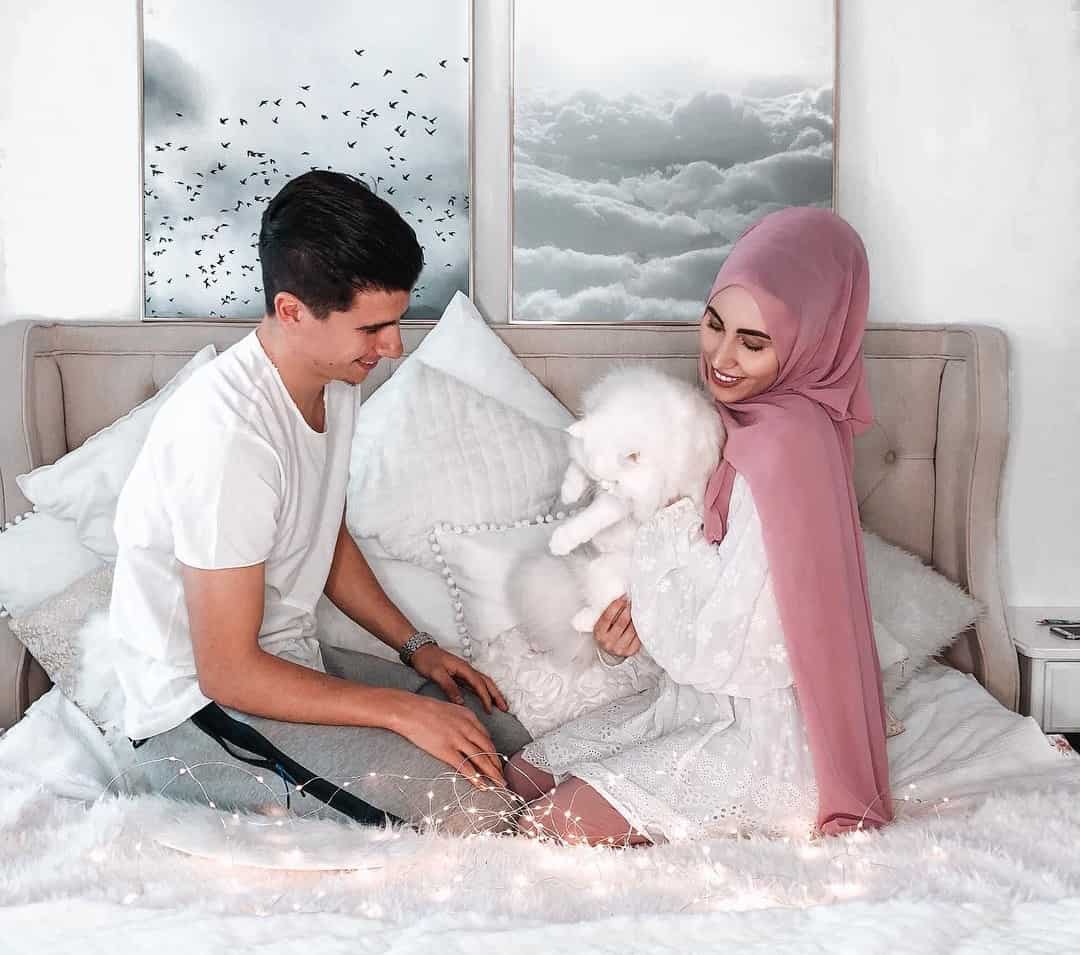 Once in a beautiful land lived a girl named Summaiyya who was married to a man called Khalil. They were both very pious and strived to make Islam a central aspect of their lives. Soon after their marriage, Summaiyya felt bored staying at home; she wanted to do something for the Ummah. She loved to read and write, and would read a Hadith each day to her husband. Summaiya loved her husband deeply and treated him with kindness. She obeyed him, and, in return, her husband loved her very much.

One night after dinner, she asked Khalil if it would be possible for her to work. Khalil did not say anything. The next day however, after Fajr, she noted that he did not go into work. He had locked himself in a room without telling Summaiyya what he was doing and was making a lot of noise.

After Maghrib prayer, her husband asked her to get ready. While driving he asked her what kind of books she liked to read. She told him she liked to read Islamic books relating to literature, arts, and history. Soon after, Khalil stopped his car at an Islamic bookstore and asked her to pick out some books for him. She asked him what was going on but he would not tell her anything. Next, they went to Barnes and Nobles bookstore and got many different kinds of books. Sumaiyya also picked out some Middle Eastern, Indian, and Chinese cookbooks.

That evening they had dinner together at their favorite Afghan Restaurant, Zaynab’s, and afterwards went to the masjid to pray Isha Salat. When they returned home Khalil carried all the books they had bought earlier on in the day to his room. He asked her to go to sleep but Summaiya could hardly sleep! She was wondering what was going on and was tempted to go to the room and see but had eventually fallen asleep. At around 4am Khalil woke her up for Tahajjud prayer. Afterwards, he asked her to close her eyes and took her to the room he had been in all day, and asked her to open them. She opened her eyes and was surprised to see a beautiful small library. Her husband had made her an office at home! He had even bought her a laptop and set everything up, ready to use!

Khalil turned to her and said, “O my dear wife, I love you for the sake of Allah Subhana Wa Ta’ala. I am responsible for you and I want to protect you always. You have asked me for permission to work and I respect you for that, however, I want you relax at home while I go out to work. I want to give you happiness and everything you could ask for. I hope you like my gift to you. I do not want you to work for any other man but me. Still, if you feel that you want to work outside the home, then I will not stop you. It would however make me upset.”

“Men are the protectors and maintainers [qawwaamoon] of women, because Allah has given the one more [strength] than the other, and because they support them from their means…” (Qur’an 4:34)

Sumaiyya smiled and jokingly said that he can work for her. She thanked him for the office and agreed to stay at home. Every day when Khalil came home, he would find his wife engrossed in books taking in the knowledge and wisdom that they gave her. As the months went by, she started to give him advice from what she had learned and which was to prove beneficial for his company. Khalil also taught her about his business, and even allowed her some responsibility with some of the projects at work. He in turn paid her generously for the little work he gave her everyday and spent lots of time with her so that she would not feel alone.

This arrangement worked successfully for both husband and wife, and in time, they had four beautiful children.

One day, Khalil had a car accident. He was rushed to the hospital having suffered a knee injury. The doctors said that he would not be able to walk for at least six months or so. Sumaiyya did everything she could to take good care of her husband and the home. After a month, she felt there was a shortage of money in their bank account. She first looked for some jobs online and found a teaching position at an Islamic school. Then she wisely explained to her husband about the financial crisis they were going through and asked him if she could contribute to the household needs. After a little while, her husband agreed.

Sumaiyya would work all day at the school and would then come home to take care of her children and Khalil. She would make dua for Khalil and her children every day. Very soon, her burden eased when Khalil regained his health and was able to return to work. Now that her husband had recovered from the accident, Sumaiyya was able to leave her job and stay at home to look after the children. Khalil was grateful for what she had done and thanked her for being such a wonderful and supporting wife.

The Prophet (Sall Allahu Alayhi Wa Sallam) made every individual in the Islamic Society responsible for those under his or her authority in such a way that no-one, man or woman, may evade responsibility (Ideal Muslimah, 190).

“This world is nothing but temporary conveniences, and the greatest joy in this world is a righteous woman.” (Muslim 10/56)

“O people! Fear Allah concerning women, Verily, you have taken them on the security of Allah and have made their persons lawful unto you by Words of Allah! It is incumbent upon them to honor their conjugal rights and, not to commit acts of impropriety which, if they do, you have authority to chastise them, yet not severely. If your wives refrain from impropriety and are faithful to you, clothe and feed them suitably.” (Ar Raheeq Al Makhtum Page 541)

Redefine The Meaning Of Love!

My Mahr Story By Hiba Ammar